A new economic paradigm or comedy of errors? 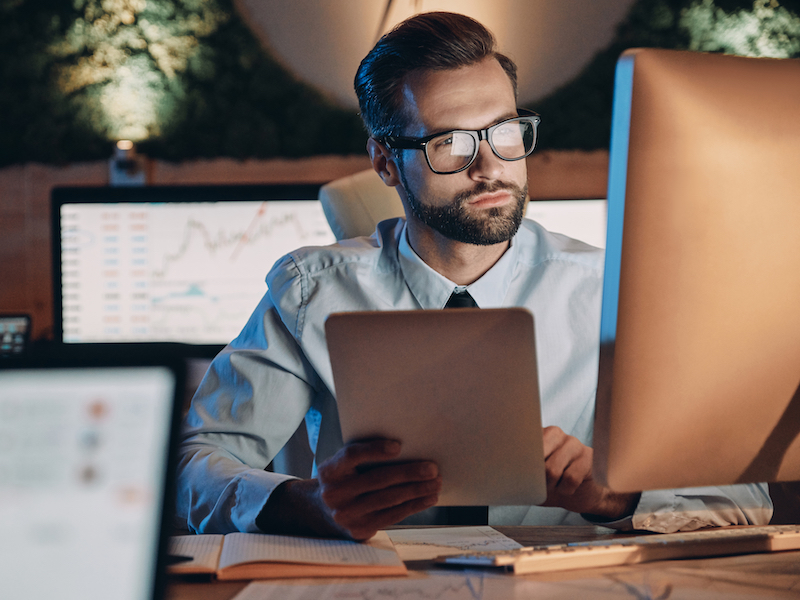 After a long slumber, inflation is awake and creating havoc for consumers and financial markets. The drama of the moment is amplified by the starting line from which inflation began its race higher. Since the early 1980s, the global economy mostly experienced a period of disinflation and steadily falling interest rates. Conditions were so benign that economists dubbed the period the “Great Moderation.” It was a nearly perfect setup for financial markets that seemed to gallop inexorably higher.

My how times have changed. Like a lightning bolt out of the blue, inflation, rising interest rates, and generally overheated economic conditions dominate the landscape. The problem is global, so central banks around the world are tightening financial conditions to kill excess demand and eliminate unacceptably high inflation rates. Financial markets are now digesting the prospect of slowing profit growth and rising discount rates. Indeed, the first half of 2022 produced the deepest negative returns across asset classes in decades.

Sources of inflation are usually hard to identify, but recent circumstances might provide an exception. The COVID pandemic led to unprecedented paralysis in the global economy and supply chains (this is one of the rare moments when the use of the word “unprecedented” is appropriate). Politicians and central bankers seeking to minimize damage to businesses and households dusted off the playbook used during the financial crisis. This time, limits to policy actions were set aside to offset the effects of a disaster that was unfolding in real-time. An enormous amount of new money was printed and spent to breathe life into the collapsing economy.

Money has value for many reasons, among them is its expression of the value of economic output in units. Shut off output and dramatically increase the number of units, and simple math tells us inflation will likely follow. That principle appeared to be lost on policymakers seeking to fend off economic pain caused by the pandemic. The bow on the inflationary package came in the form of nearly $2 trillion of additional stimulus spending after the U.S. unemployment rate had already fallen from about 15 percent to 6 percent. Up went consumer and producer prices at rates not seen since the 1970s. Somewhere Milton Friedman is looking down on us with the sarcastic smirk that made him famous (or infamous depending on your point of view).

An increasing number of economists have declared the start of a new paradigm with characteristics that are opposite of the Great Moderation. Specifically, an entrenched period of rising inflation and high interest rates is underway, setting the stage for below-average real returns from financial assets like stocks and bonds. Others suggest the current situation is a temporary byproduct of a comedy of errors from inept policymakers who wandered recklessly in search of a positive response to the pandemic.

Which is it, a new paradigm or a comedy of errors? Both arguments have merit, but neither should be acted on by institutional or individual investors seeking to achieve long-term goals. The start of a new paradigm is very hard to identify until it is a distant image in the rearview mirror. Policy comedies of error are a source of current high inflation, but believing they will be corrected by new leaders ignores the inflationary bipolar world that is emerging from the pandemic and Russian invasion.

Skilled investors are able to navigate periods of extreme uncertainty. They will be tested again because all that can be said with confidence is the global economy is still highly distorted by the pandemic and nobody truly knows what’s on the other side.

Scott D. Knapp is the Chief Market Strategist with Cuna Mutual Group. Scott is responsible for investment philosophy development and program implementation for Cuna Mutual Group’s Institutional Retirement Programs. He regularly speaks at economic and investment forums across the country. Connect with Scott on LinkedIn.